Sometimes, the lessons learned are not the ones the teacher intended.

I have been deeply concerned from the start, with the quality of my writing. The time I spend editing, running spelling checks, checking grammar, getting beta readers to find plot holes, errors in tense, etc, etc, is probably four times the amount spent writing.

I want to sell my books, of course, but I also want to be respected and admired as an author. I love it when a reviewer calls my prose “exquisite,” as some have done. I get a thrill when readers say that my characters are complex and developed. I get heart palpitations when someone tells me that they wish our world was like Daniel’s Fork. Still, not every reviewer and reader hones in on the things that I consider the “elements” of a good book.

I have a habit that has turned out to be a double-edged blade: my insistence that everything I do, I do to the best of my ability. I firmly hold to my opinion that while I write “fiction,” and that entails a certain degree of creativity when it comes to story telling, my characters should be as true to their nature as I can make them.

My main example is William Evers. I structured him as a non-conformist, a rebel at heart. My crafting of his personality in Daniel’s Fork was done with the objective that he should not be liked by the reader too soon. The reader will like Setiyah best, and then Jonas and Eric. Later, in the sequel novella, Will begins to grow in the reader’s affections. A clearer picture of the protagonist develops. He has, after all, a whole series during which he'll develop and become the man he is meant to be.

Will Evers is amoral, insensitive, arrogant, and ambitious- not good traits for a hero! He is also sexually uninhibited and dominant. The original title of the book was A Whore and a Rogue, and it pertained entirely to him! So, if my lead male is a whore and a rogue, he must be a strongly sexual character, and his sexuality must reflect his amorality!

Reviewers and readers, however, don’t have the same mindset. I found, to my surprise, that the things most reviewers zoomed into, were the sex scenes! 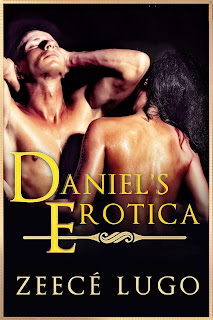 Here it is! Ready for your reading pleasure, my first and only book that can be categorized as purely erotica. Daniel’s Erotica is now available at  Amazon. If you like it, you might wish to try the original books. Please, don't leave without joining the VIP List. As a member of the VIP list, you'll be among the first to find out about new books by this author.

- March 26, 2019
I am almost done with my trial FREE Month membership of Kindle Unlimited. I had been fighting the urge to try it for a long time.It only amounts to pennies a day, and Amazon claims you can read all you want for free. That is truly not correct. You can read all you want for $9.99 a month. To an avid reader like me, this could turn out to be a great deal.
Before trying the service, I took inventory of my reading expenditures. In the last six months, I spent $150.69 in paid books. That averages out to $25.12 a month (the amount does not include taxes). Compare that to $9.99 for KU, and KU seems like a great deal. However, a little analysis is necessary.
Of my total expenditure, $131.79 was for books by authors who are not offering their books on KU. Most of those authors are published by traditional publishing houses, but some are self-published authors too.
My entire collection of Elizabeth Peter’s Amelia Peabody Mysteries is not available on KU. I paid for Game of Thrones, J.R. Ward’…
Read more
- September 15, 2019 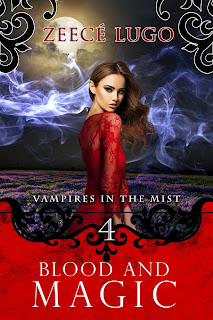 CLICK HERE TO SEE AT AMAZON
Blood and Magic, the 4th exciting volume of Vampires in the Mist, has been released! Don't miss this next installment, as Rose once again is swept away in a brand-new, terrifying adventure.

Vampires in the Mist is a novella serial. It  features heroine Rose from Miami, young but not too young, spunky, and clueless at first. Lured, seduced, and stolen at a plush South Beach party, Rose finds herself trapped in a world she imagined only existed in books.

Surrounded by powerful, seductive vampires vying for her rare blood, she is forced to accept her destiny as a companion of the blood. These are rare, gifted  females whose special  blood is precious to the covens. But Rose's road in her new world is one of danger and adventure as different factions  scheme and fight for the right to acquire the most powerful and only companion to appear in seventy years.

Does this plot seem common? Surely, amongst the dozens of urban fantasy stories, many similarly them…
Read more

How to Write a Book Review

- June 07, 2019
It’s a mystery to me why readers are so resistant to writing reviews. I am referring to reviews in Amazon, iBooks, Barnes & Noble, etc. Sharing our opinions on things we either love or hate is intrinsic to us. We love to tell our friends about a great movie we just saw or a brand-new song we just heard or a fantastic restaurant we discovered.
We love to “tell.” Everything changes when we have to “write.” There seems to be an innate fear of that five-letter word, even when the writing involves only a paragraph. This creates a problem for authors because reviews are so intrinsic to our success.
I have friends who will not read a book which has less than fifty reviews on Amazon. At the rate of one review per month, (the average number for a non-bestseller) it will take a book several years to reach fifty reviews. This is especially frustrating to those of us trying to climb the ladder of reviews.
In asking individual readers, I found that most of them don’t like writing book reviews b…
Read more